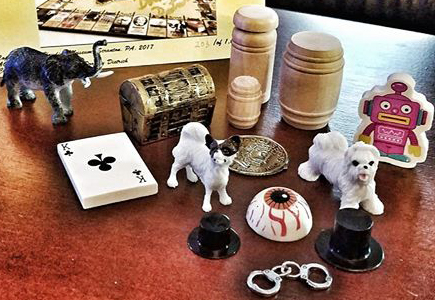 Below, the first yellow "Donate" button is THE paypal link for KickStarter backers to add additional shipping costs, programs or T-Shirt addons, post cards, or buy additional HoudiniOpoly Games, etc, as per notification to you from the Houdini Museum. Use the first donate button below.
There is a box when you pay via that button that comes up and says "Note to seller" where you can add what it is for, or T-shirt sizes, etc. Don't worry, if we are not sure we will contact you.

For new USA buyers, you can order with paypal, one or two HoudiniOpoly games by clicking on this next pull down menu ...

One of our KickStarter stretch goals was to add appropriate play pieces, FREE, in addition to common pawns such as a playing card pawn,
an imitation gold coin, an elephant, a top hat, two barrels, a milk can, a trunk, two dogs, a hypnotic eye, mini handcuffs, etc.
There will be at least 13 pawns. Including a robot, not yet shown. 13 was a special number in Houdini's life. A link to buy additional pawns will be placed here soon. Subject to availability. 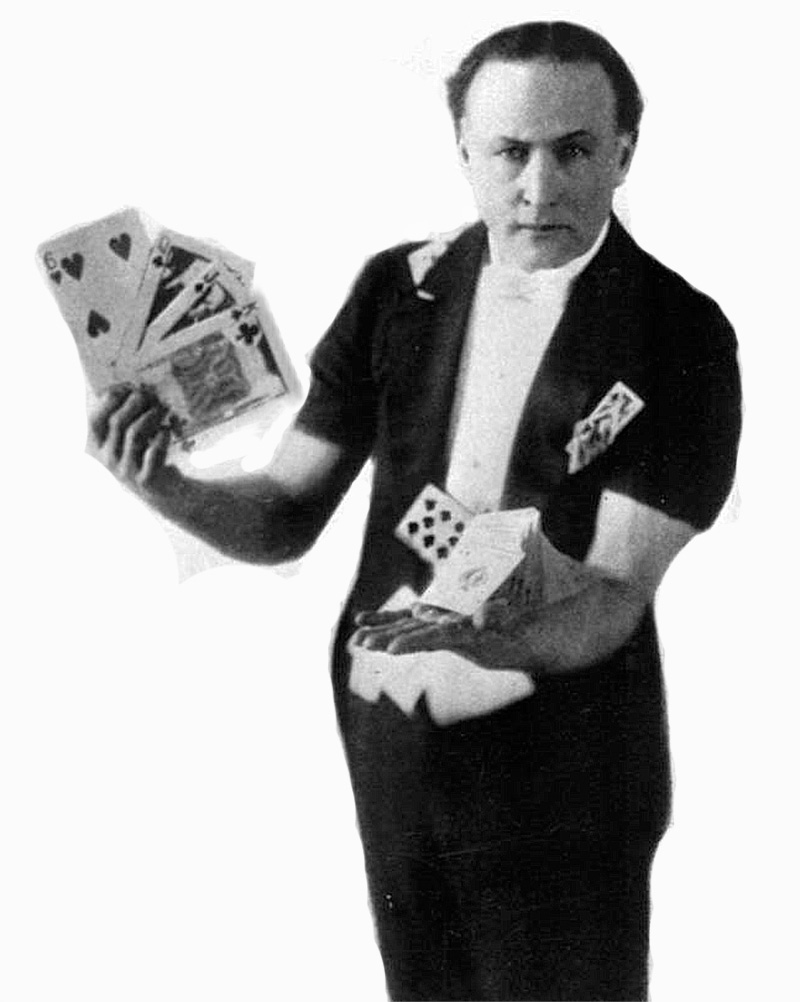 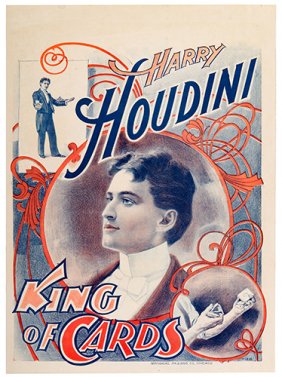 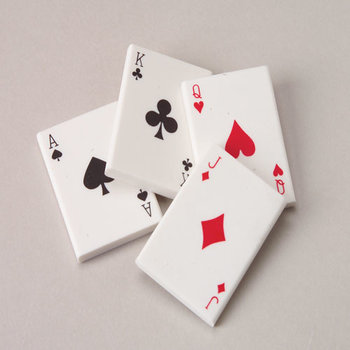 One of Houdini's earliest acts, promotion and poster was as The King of Cards. So we have a pawn in the shape of a playing card for each game. 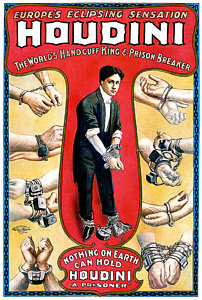 A tiny mini handcuff as well 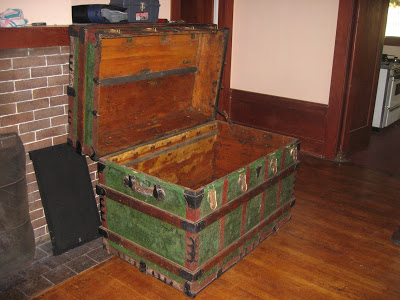 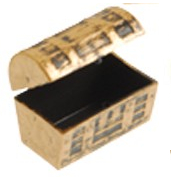 Houdini used one of his own traveling trunks for an escape. We have a trunk pawn.

From 1908 Houdini would bring the danger of his outdoor underwater escapes indoors via the escape from barrel of water, and then beer, and milk. The beer escape brought an additional element of danger, because of the fumes and lack of oxygen, so he would attempt to discontinue them. He did do it for, what seems to be his final time in Scranton in 1917. He then made it more challenging and mysterous when he did the excape from a liquid filled milk can. 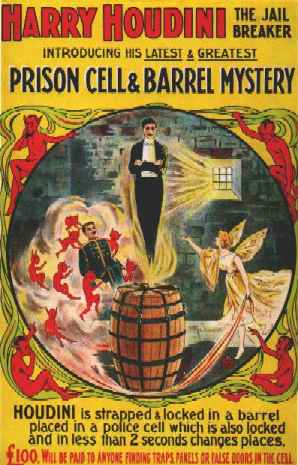 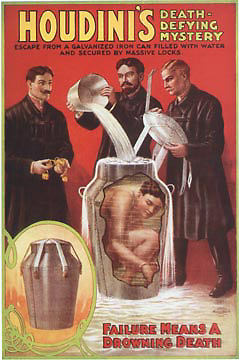 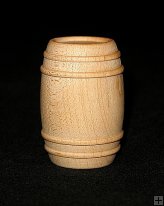 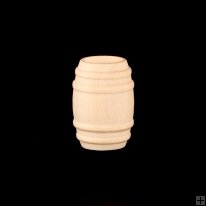 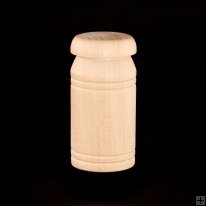 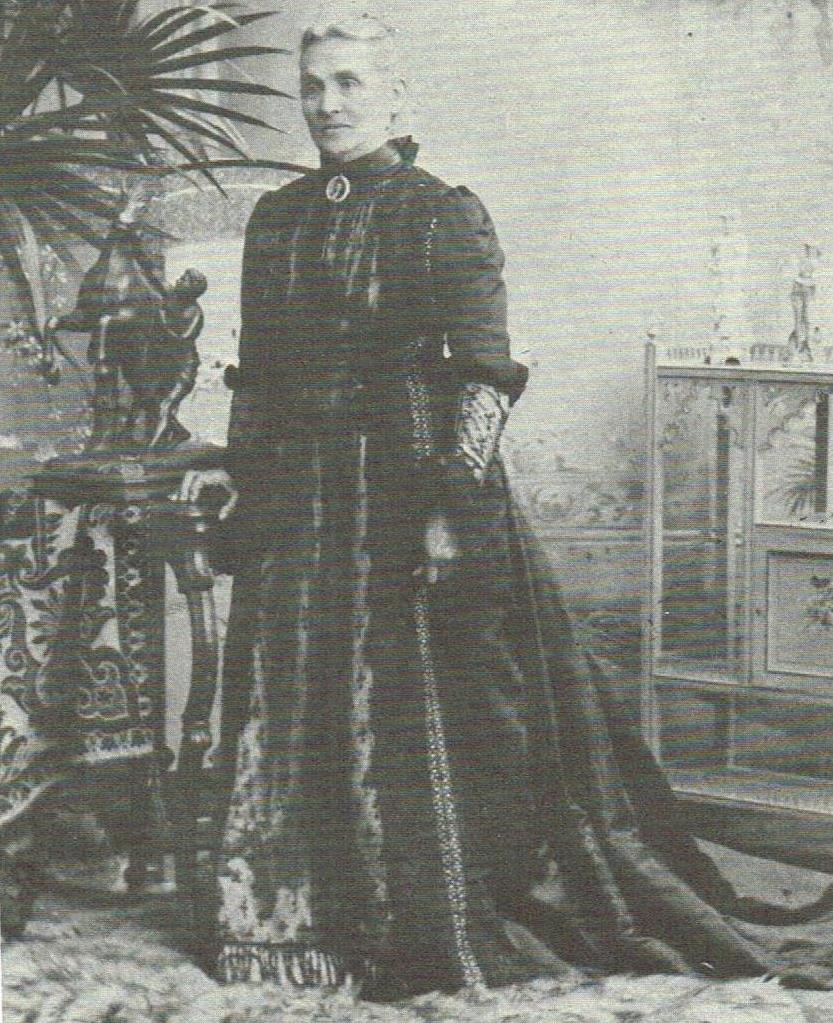 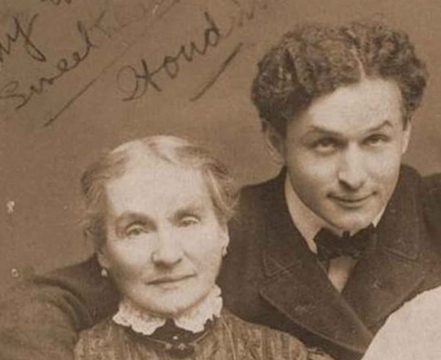 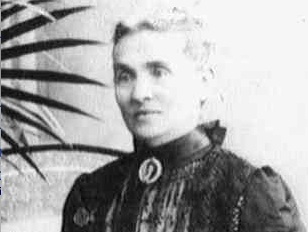 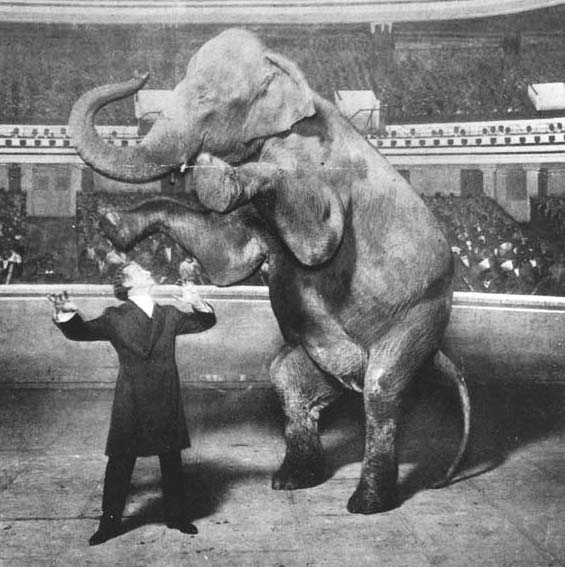 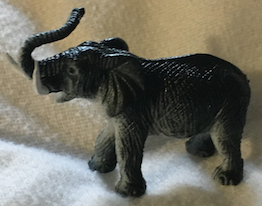 Houdini was the first magician to make an elepant disappear, so we have an elephant pawn for the HoudiniOpoly Game. 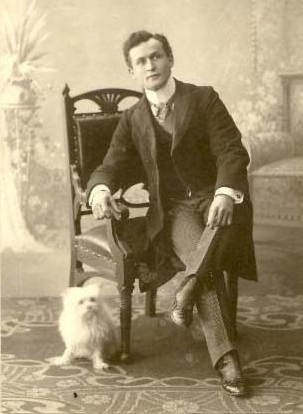 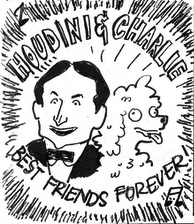 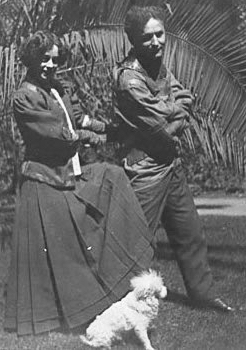 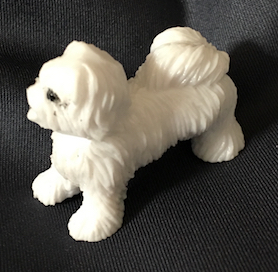 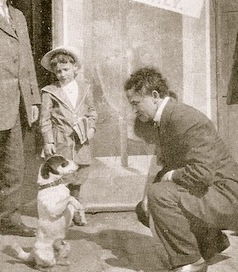 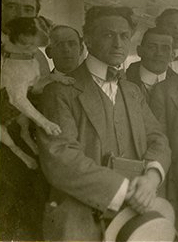 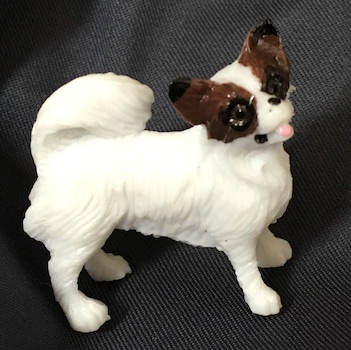 We nearly left it out because it is sooo small, but we have them so why not, a mini Top Hat pawn. 24mm 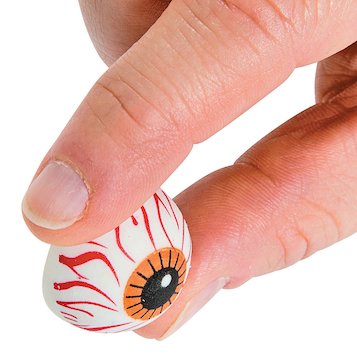 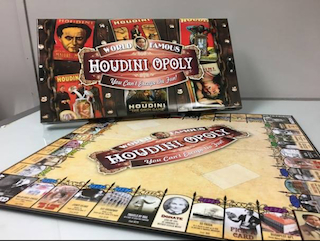 Opoly games are an update of the folk game, The Landlord's Game, invented over 100 years ago, in 1902 and patented in 1904, by Elizabeth Magie, that came in the early 1900's to be known as "monopoly". Then years later, in the mid 1930's, after it had gone into public domain for a short time, it would be picked up by Parker Brothers via an "original" patent of a "new" game that carried on without credit to Magie. Fun, educational and a parody all rolled into one. Put together by the world famous not for profit Houdini Museum.

Most every donor will get at least one game. As with all items Houdini over time it will become collectible and rise in value. Many we have spoken to have said they will be buying a game or games to play as well as games to save intact as collectibles. You Can't Escape The Fun!


All rights reserved. Copyright 2000-2017.
For a list of many of our major sponsors go to Golden Sponsors